A doubling sort of day.

“After 8 hours on a jet, I’d have been happy for the pilot to go back round again, for what’s not to like about getting spoilt at 35,000 feet…”
Picking up from before, I eventually had to leave the nice Emirates lounge and get onto, what turned out to be, the even nicer plane. A double decker no less…or to be a little more precise, in an aircrafty type of way, an Airbus A380-800. 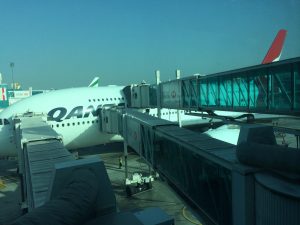 The third airbridge in the picture (lower left) was for that rare breed of passenger, the First Class traveller. All the airbridges had transparent sections so the three different passenger queues could observe one another. I looked down on them, but only metaphorically as actually, when they looked up to me, I knew they were smugly looking down on me 🙂 I was reminded of the old John Cleese, Ronnie Barker and Ronnie Corbett sketch, albeit the layout was a bit wrong.
Anyway, back to the plane. People on the upper deck were extremely laid back and polite making their way to their seats. No huffing or puffing of cheeks or barely disguised sighs as they waited for other passengers to move out of the aisle, because of course, the aisle was wide and the seats separate. 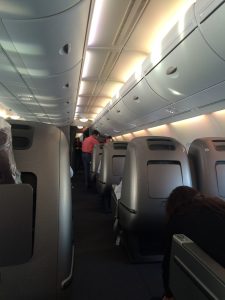 I hadn’t even taken mine before I was offered a drink. Very nice. Then the Captain came on the PA to announce Air Traffic had delayed our push back time by twenty minutes. I distinctly remember thinking, “So what? I couldn’t care less. Take your time mate. No rush.” I would have had even more good thoughts on the subject, but the groans of dismay from the people on the deck below drowned them out.
Dinner was rough. A double choice to make on the double decker plane. Couldn’t choose if I should have the ice cream or the cheese. The flight attendants solved the issue. Gotta love over eating in the clouds 🙂 So far this leg of the trip was going not too bad at all 🙂 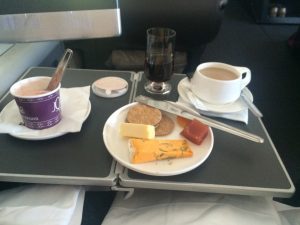 Dinner followed by a show. Or two. A double bill of remarkably good films. Both dealt with the awesome ability of the human spirit to overcome adversity regardless of the pressures, problems or dangers encountered. One was fiction and should be shown to all as to why space travel is so important for the human species – The Martian. The other was sadly not fiction and should be mandatory for all boys and girls to watch before they reach voting age  Suffragettes is a exceptional telling of an exceptional story. It also confirms Carey Mulligan as a brilliant actress. Once the movies were over, I felt the ICE system was trying to send me a message for the book tour. I took it as a good omen… 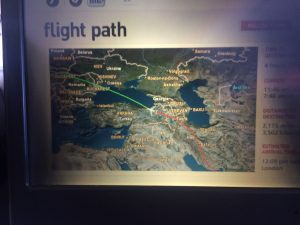 Eventually, as the Pilot ignored my call to, “Go round again, mate,” we touched down in a grey and overcast London. Customs, baggage reclaim and car hire shuttle took an hour (one eighth of the time it took to fly from Dubai… there has got to be a more efficient way??) But, finally I was offered another double choice. One was a Mercedes C class and one an Audi A5. 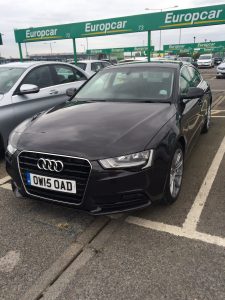 I chose the Audi, ‘cos the boot was big enough to accommodate at least a couple of bodies… or perhaps a suitcase?
Then it was off down to the quintessentially English village of Figheldean 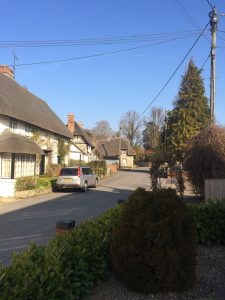 (pronounced file-dean) that looks like the picture English Tourism should use to promote itself. Twenty-four hours to catch up with friends, secure a British Sim card in Salisbury, revisit the amazing Salisbury Cathedral (with the tallest Cathedral spire in the UK) and prepare for the first book event that takes place tomorrow. 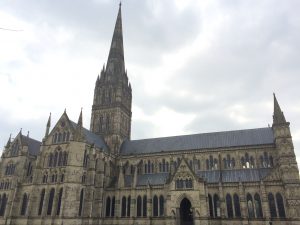 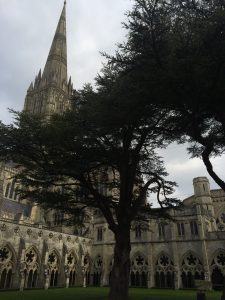 Given all the doubles, I can only hope that more than two turn up for it…
Till tomorrow…
Ian
Ian Andrew is the author of the alternative history novel A Time To Every Purpose, the detective thrillers Face Value and Flight Path and the Little Book of Silly Rhymes & Odd Verses. All are available in e-book and paperback. Follow him on social media: