A few days ago a colleague of mine handed me a fragile photo album with the words, “My Grandmother worked with 617 Squadron during the war, would you like to see the photos?” 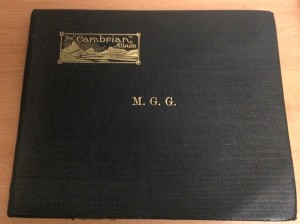 Which, for anyone with even a passing interest in the RAF is going to be a hard offer to refuse.

I think I managed to stammer something in reply, but mostly I was just in awe as I stared at this little gem of World War II history.

After a bit of research, I initially believed this to be Section Officer Fay Gillon, debriefing the crew of ED-918, Lancaster AJ-F immediately after the Dams mission in May 1943, however, in the Dambuster Blog they believe it to be a later photo with a “44 Squadron crew, and taken at RAF Dunholme Lodge”. They know their stuff, so I shan’t argue! – https://dambustersblog.com/2016/03/ (I recommend you go read their post on this album as well)…Although, just for completeness, had it been ED-918 “AJ-F” of 617 Sqn, then the crew would have been:
Pilot : Flight Sergeant K.W. Brown, RCAF
Navigator : Sergeant D.P. Heal
Flight Engineer : Sergeant H.B. Feneron
Bomb Aimer : Sergeant S. Oancia, RCAF
Wireless Operator: Sergeant H.W. Hewstone
Front Gunner : Sergeant D. Allatson
Rear Gunner : Flight Sergeant G.S. MacDonald, RCAF

Anyhow… that wasn’t all the little album held. The first image was one of Fay’s wedding to her Army Captain husband in July 1942,

followed by a series of photos taken at a beautiful house called “Blythwood” during that war-torn, yet seemingly warm, almost idyllic, summer. One aerial shot of the house was obviously taken by a friendly RAF reconnaissance mission by the presence of the image marks. 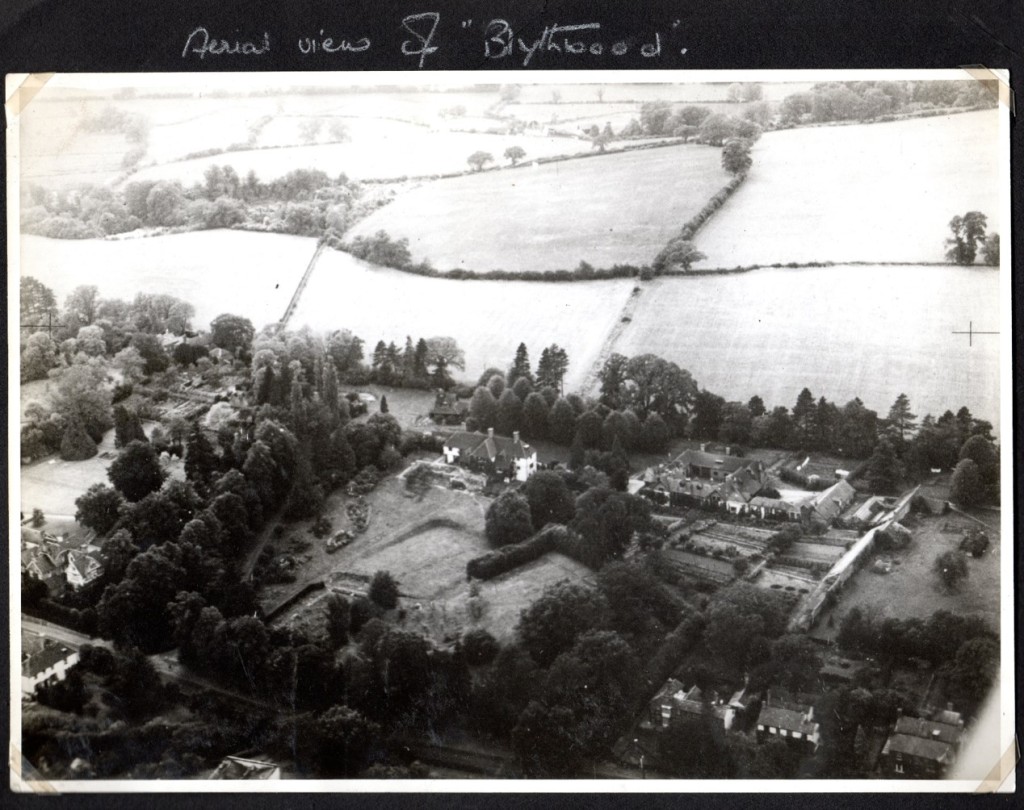 The next pages held a series of ‘snaps’ taken by Fay’s husband in Lebanon and Syria. The images cover the first half of 1943, are small format and show Army camps, local families, camels and desert scenes near Aleppo. Later, an image of a hubble-bubble vendor in the Souk in Damascus.

Turning the fragile pages, the spine of the book threatening to give up it’s seventy year struggle to hold the treasures within, I realised that whilst her husband had been serving in the Middle-East, Fay had been posted to RAF Scampton. Some of the images that fill the remainder of the album are official copies of publically released photos and some are obviously her own quickly taken ‘snaps’. Together they form a little window into that iconic Squadron, at that most remarkable of times.

“Outside the Mess” – June 1943, one month after the Dams Raid. Wing Commander Guy Gibson VC in the sun glasses. (Over on the Dambusters Blog there is a full name chack of this image). 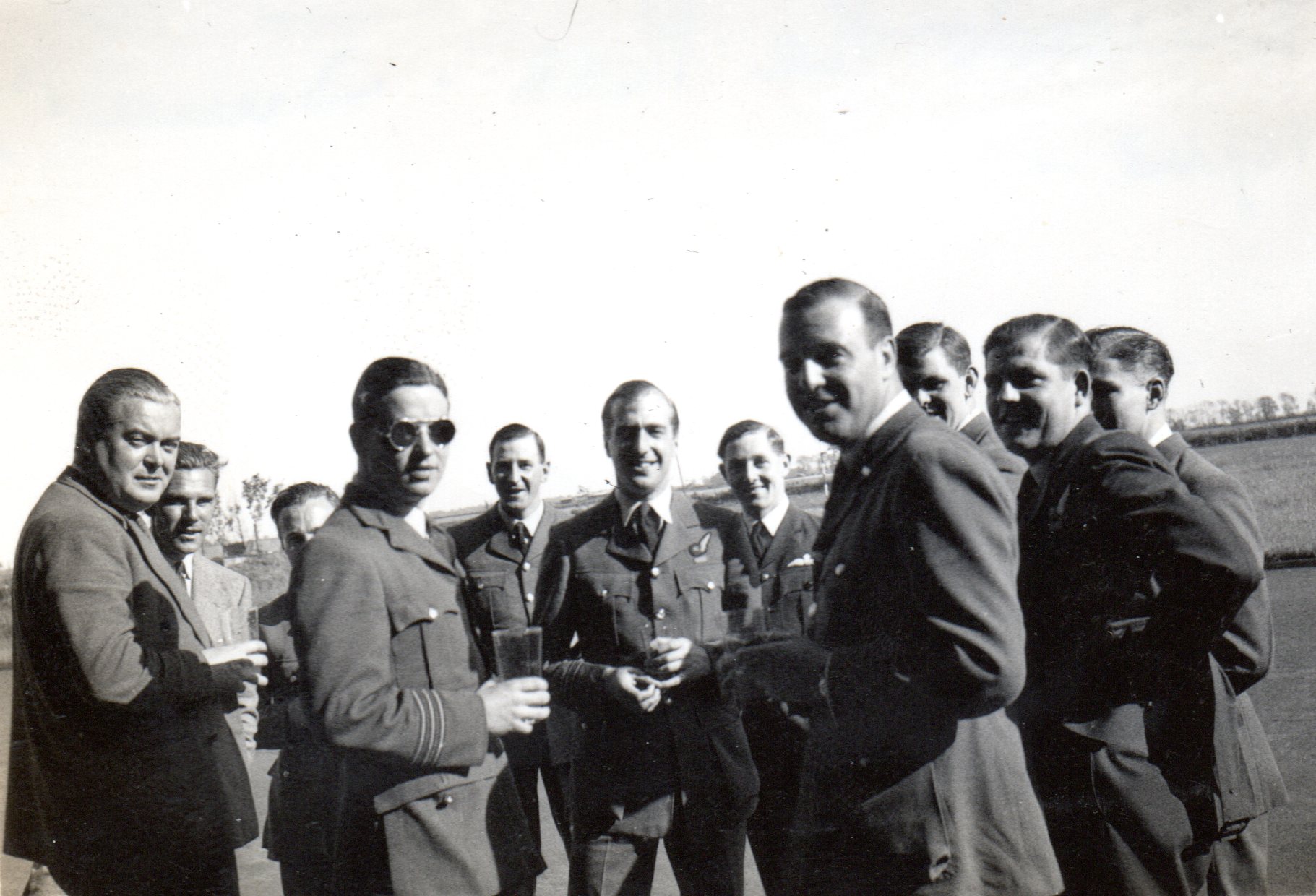 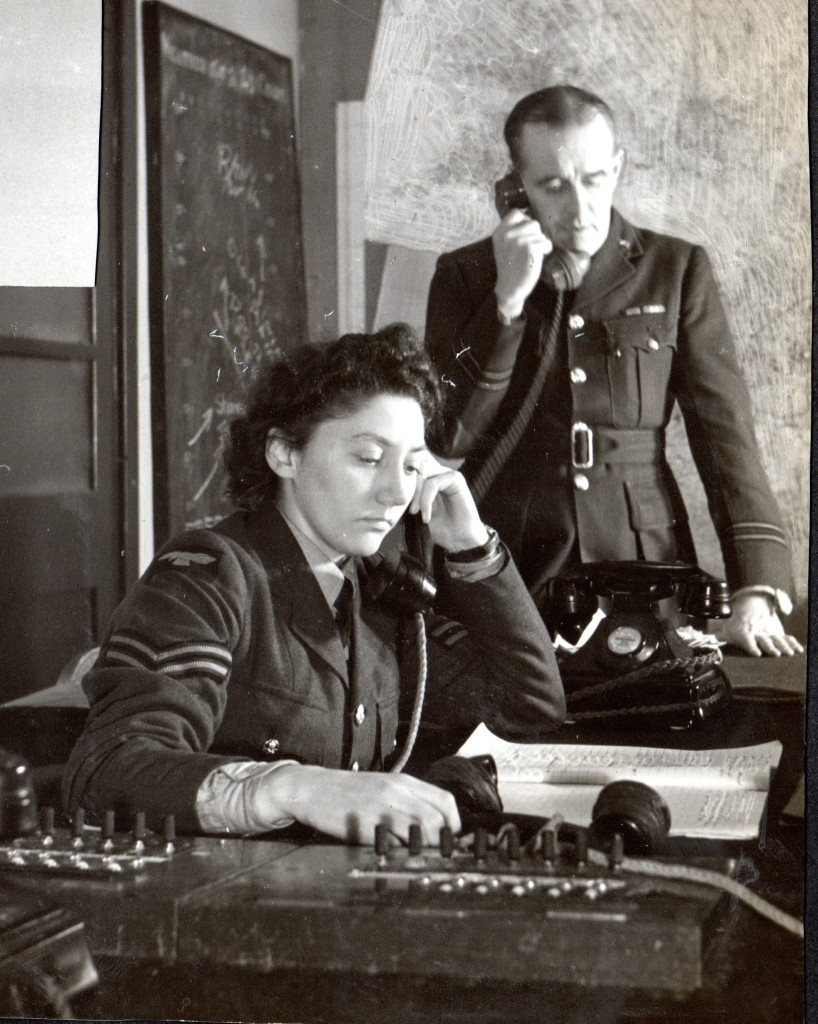 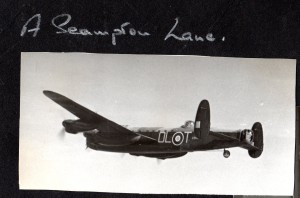 Along with 617 and 83 Squadrons, 57 were also at Scampton that summer. 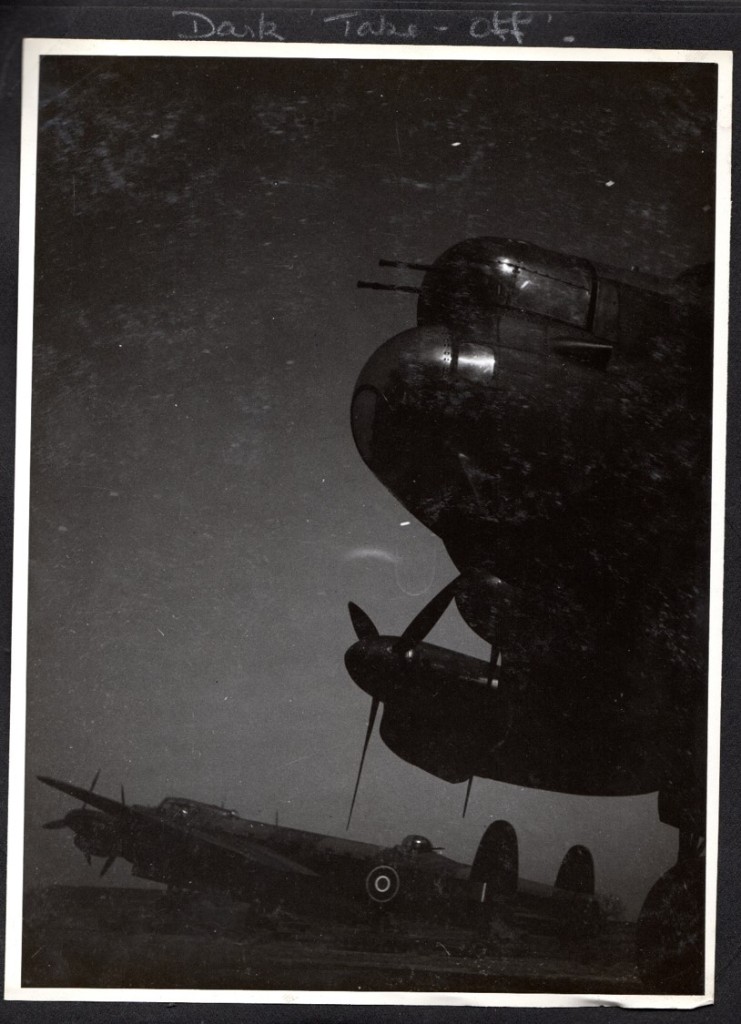 Post Dams Raid, official photography taken on the occasion of the Squadron going to Buckingham Palace.

The CO and the officers, 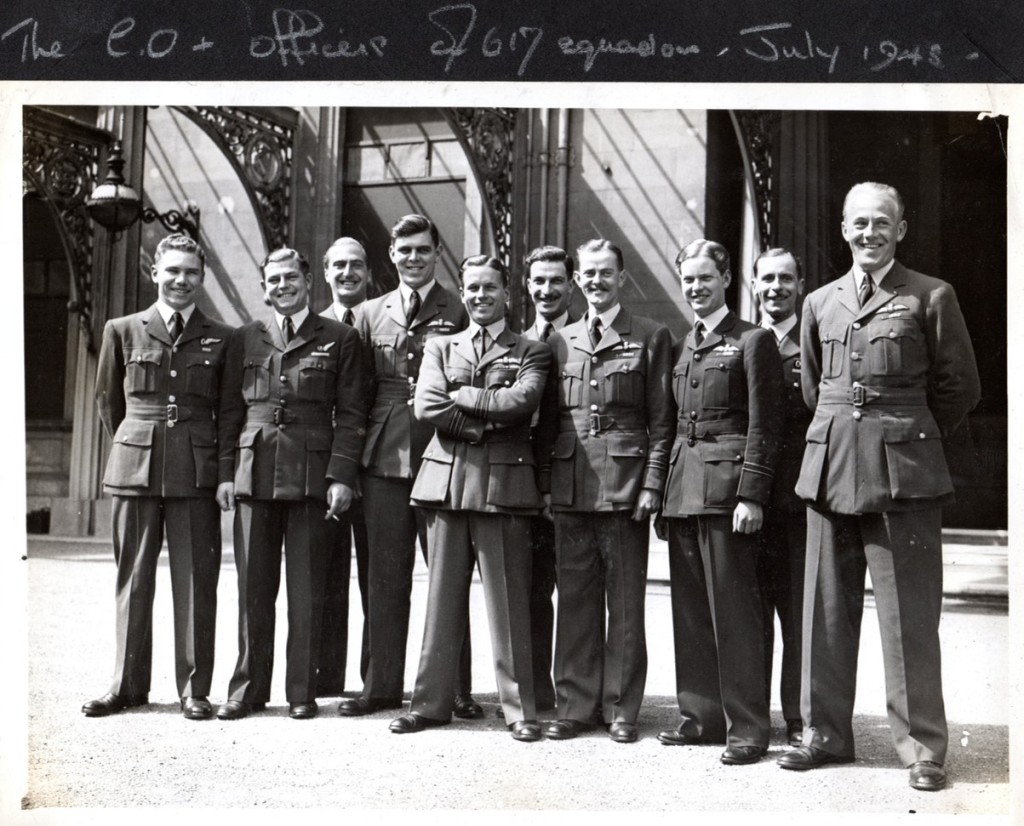 The CO and the Australians,

One of those Aussies, Flt Lt Dave Shannon, on his wedding day to Ann Fowler. To read more about Dave Shannon, who ended up as Squadron Leader David John Shannon, DSO (and Bar), DFC (and Bar) RAAF (Retd) you can click onto the Australian War Memorial site: https://www.awm.gov.au/exhibitions/fiftyaustralians/44.asp

and another wedding, but the couple, this time, only known as Peter and Sheila.

The rest of the album is filled with Fay’s husbands photos of his tours of duty throughout the Middle East, North Africa, Italy and eventually France and Germany. Thanks to Chris Hughes for identifying that he was Intelligence Corps (from his uniform on the wedding photograph) but not sure yet who he was attached to, although there are a lot of photos of him with the Americans at the liberation of Rome. I have a suspicion he was more than meets the eye. The final few images include many where large numbers of German POWs are being rounded-up. 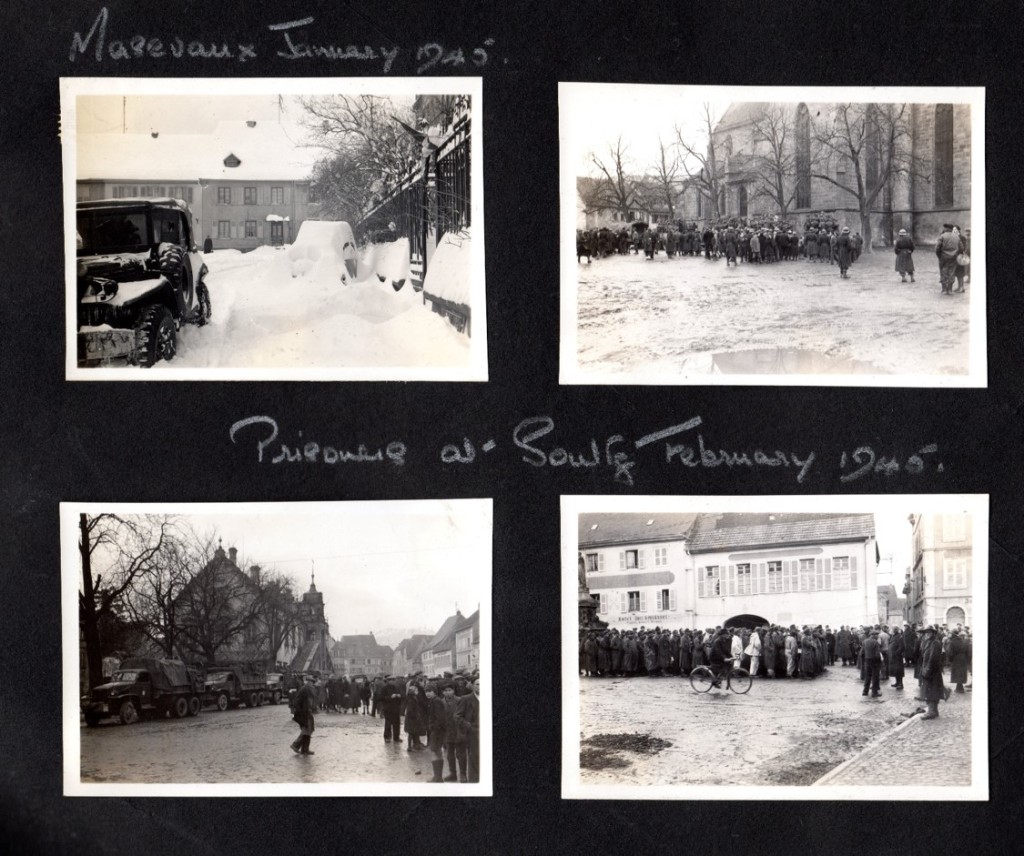 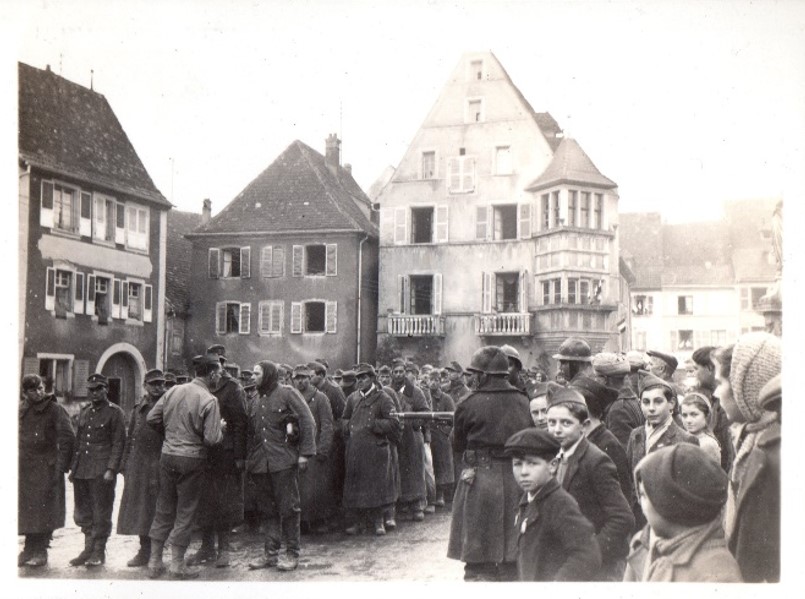 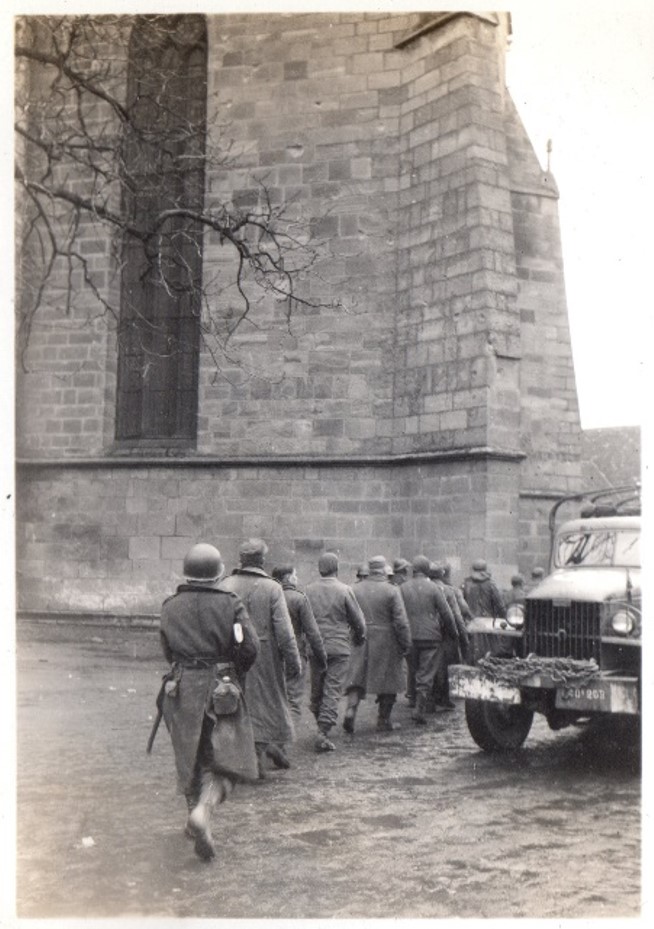 Happily, both Fay and her husband survived the war and lived to enjoy the peace their efforts helped to realise. 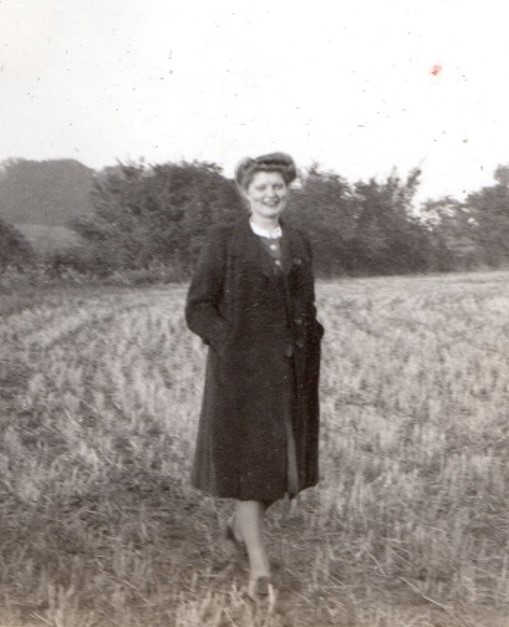 Fay is mentioned in a number of books about the Dambusters. Sadly, she passed away on the 5th of November 2009. I am indebted to her granddaughter Carissa for the permission to scan and share these images.

If you have any other information on the photos, or just wish to leave a comment, feel free.

Ian Andrew’s first crime novel, Face Value, won the Publishers Weekly BookLife Prize for Fiction in 2017. Since then he has continued to add to that series, is also a successful ghost writer and has founded both Leschenault Press and the Book Reality Experience, a publishing assistance service that helps writers become independent authors.

Originally from Northern Ireland, he now lives in Western Australia, where he relocated to after serving in the UK’s Royal Air Force as an Intelligence Officer.